Musicians are constantly on the move, either going from gig to gig or setting up in a rehearsal room - so if you want to record a performance, a cumbersome and complicated device is far from ideal. Luckily, there are a wide variety of handheld audio recorders on the market, many of which offer features comparable to those in much larger recording desks and studios.

For example, the Boss Micro-BR Palmtop Recording Studio is effectively a four-track studio that can fit into a person's pocket, making it ideal for use either in a live scenario, a rehearsal or for recording multi-track demos at home.

With a built-in microphone, more than 290 drum rhythms and an effects processor, the device allows quick and easy recording straight to a memory card, which means the content can easily be transferred to a CD writer or computer via its USB port. And since there are no moving parts inside the Micro BR, no extraneous noise will be picked up by the mics, guaranteeing excellent sound quality.

It is only slightly larger than an iPod, making it a great option for those who want to capture a performance in CD quality without weighing themselves down with lots of extra gear - an issue for live musicians in particular.

The Yamaha Pocketrak 2G Audio Recorder is another affordable alternative, offering advanced digital audio technology and high memory capacity. Weighing in at only 49 grams, the lightweight device allows musicians to record up to three hours worth of songs that can be saved as an mp3 file, although this can be increased much further if it is fitted with a long-lasting rechargeable battery.

Featuring a high-sensitivity tilt-up microphone, it includes a USB connector that again means files can easily be moved to a computer. As it is only just over a centimetre thick, the device can easily be placed in a pocket or in the palm of the hand, but still it offers excellent quality recordings that can be manipulated to the full with the built-in CUBASE AI Digital Audio Workstation Software.

Another highly regarding manufacturer - Tascam - also offers its own range of handheld audio recorders, with the DR-1 one of its best-selling models. This is partly because of its unique variable angle mechanism, which allows users to set it to record from almost any angle.

Musicians can use the built-in high-quality stereo condenser microphone, or plug in an external mic to get their optimum sound, which can be achieved by manipulating features such as the analogue auto gain control and limiting, as well as low-frequency cut-off which eliminates background sounds such as wind.

Meanwhile, Zoom's H4n has been hailed as another highly sophisticated handheld recorder, with its integral X/Y stereo condenser microphones and digitally controlled mic pre-amp offering different recording options to users. Alternatively, an external mic could be used to record on its four separate channels in either wav or mp3 format.

About six hours worth of music can be recorded in normal mode, although the device's stamina mode can let it record continuously for 11 hours.

Buyers could benefit from considering issues such as the overall recording time and battery type before making a final purchase, particularly if they intend to record a full concert. But with brands such as Korg and Alesis also offering their own devices, musicians have plenty of options from which to choose. The versatility of handheld audio recorders, as well as the recording quality they offer, make them excellent choices for both live bands who want their gigs preserved for posterity, and individuals who want to put down multi-track demos at home to put on CD. 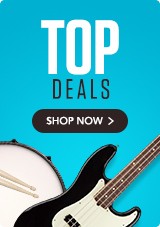 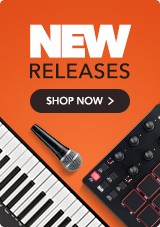